amritkumaredulete
172
views
Students across the nation are organizing a candle march to demand a re-exam for the JEE & NEET.

Students across the nation are organizing a candle march to demand a re-exam for the JEE & NEET. The march is also to raise concerns against the UGC (University Grants Commission) and NTA (National Testing Agency) for proposing to merge the JEE and NEET exams into the CUET.The movement is being led by student activist Pawan Bhadana and is seeing massive support across social media platforms such as Twitter. The candle march is scheduled on 22nd August 2022 and will start at 7 PM (as per the banners which are being circulated on social media) 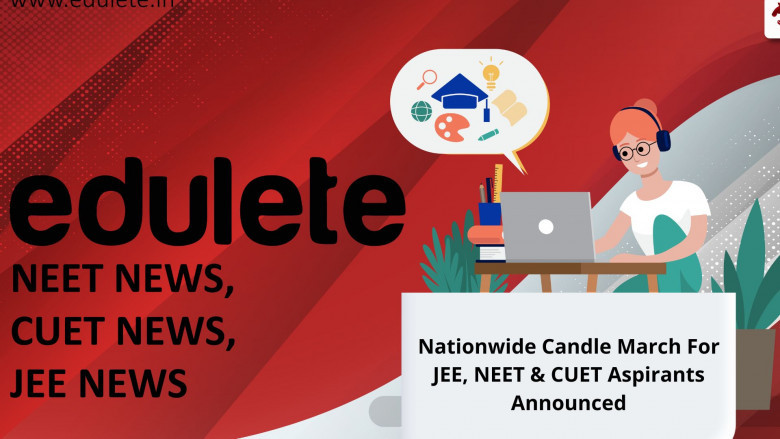 Students are demanding a second attempt at the NEET and a third attempt at the JEE exam citing concerns related to cheating, rigging & logistical issues on part of the NTA. Students feel that the issues on the day of the exam severely impacted their temperament and may affect their end outcomes and careers. Their key demands are that the NTA take responsibility for its inefficiency / failures related to conducting the exams and alleviate all the concerns being raised by the students. 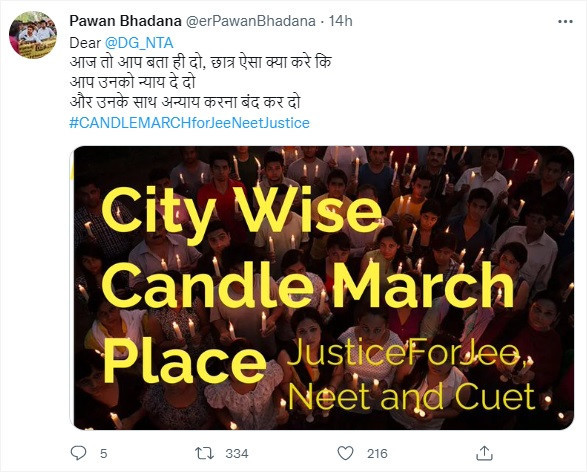 The JEE, NEET & CUET are national level entrance exams which are conducted by the NTA. The exams have a combined applicant pool of above 4 million aspirants.