Water Desalination is the process of removing minerals such as salt from saline water to make it fit to use. The three main sources of saline water are seawater, brackish water, and river water. Water desalination equipment manufacturers develop different types of technologies for desalination purposes such as Reverse osmosis (RO), Multi-stage Flash (MSF) Distillation, Multi-effect Distillation (MED), and more that is mainly used in municipal and industrial application all around the globe. 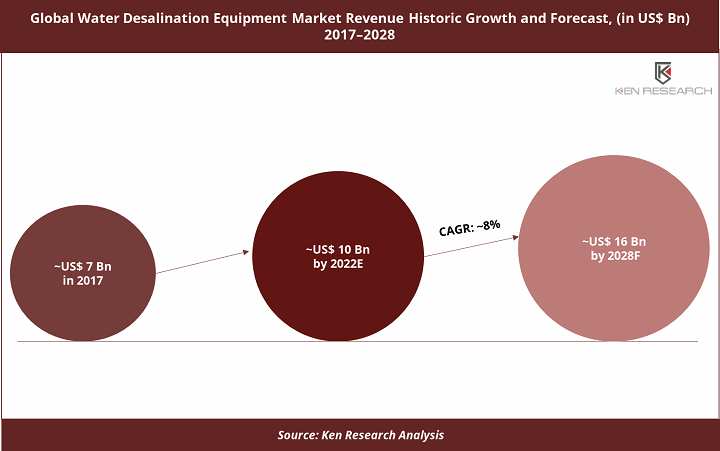 The global market for water desalination equipment is expanding owing to water scarcity which means the lack of freshwater resources to provide the regular demand for water consumption for public use.

Scope of the Report

By Technology:  The Reverse Osmosis segment held the largest market share of the Global Water Desalination Equipment Market in 2021. 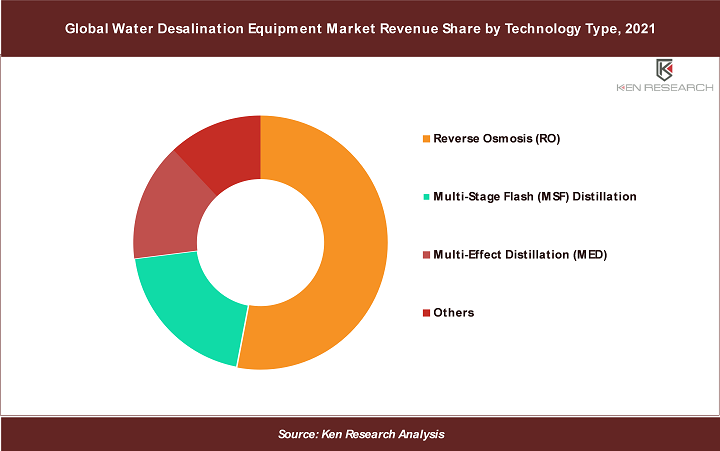 By Source: The Seawater segment accounted for the largest market share in the source segment in 2021. 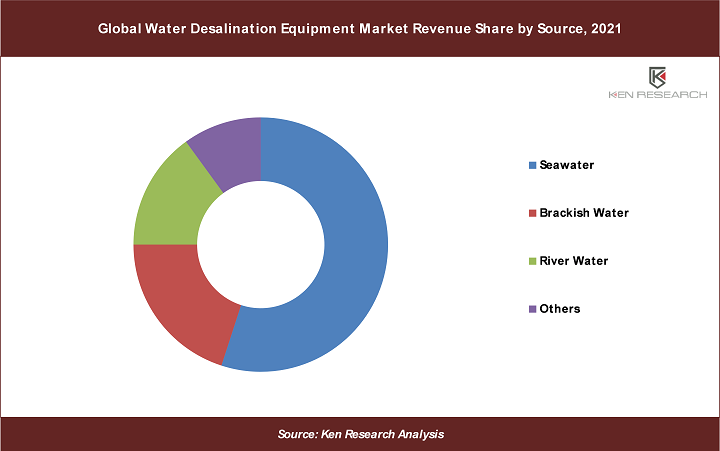 By Application: The Municipal segment held the largest market share in 2021 of the global Water Desalination Equipment Market.

By Geography: LAME Accounted for the largest market share among all regions within the total Global Water Desalination Equipment Market in 2021. 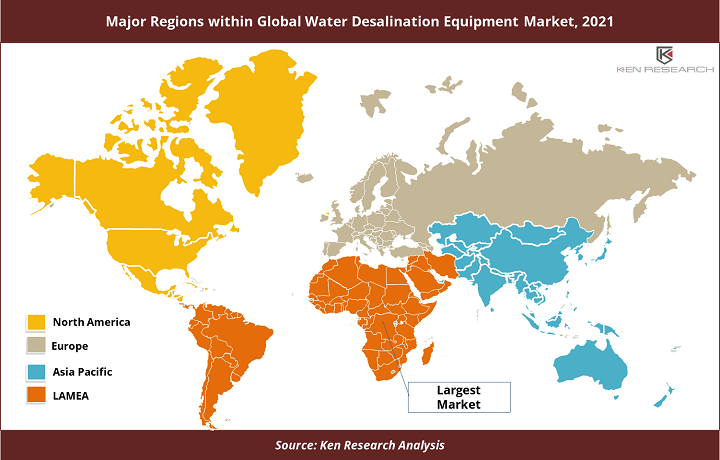 The Global Water Desalination Equipment Market is highly competitive with ~500 players, which include globally diversified players, regional players as well as a large number of country-niche players each with their niche in Water Desalination Equipment manufacturing. Large global players constitute ~10% of competitors, while country-niche players represent ~60% of competitors. Some of the major players in the market include Doosan Corporation, IDE Technologies, Biwater Holdings Limited, SUEZ, Veolia Water Solutions & Technologies, Xylem, ACWA Power, Aquatech International LLC, Abengoa, Acciona, and among others. 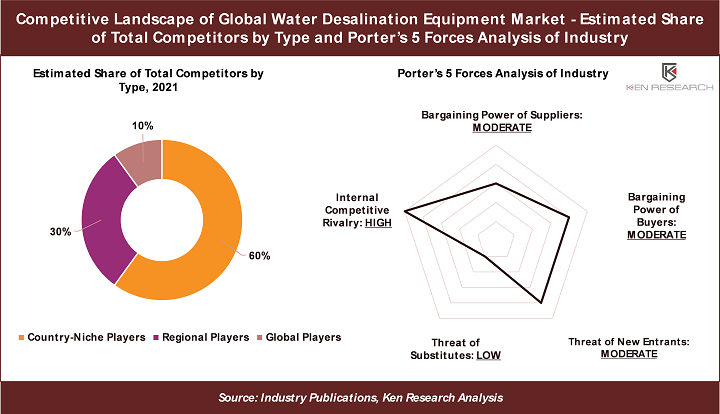 The Global Water Desalination Equipment Market is forecasted to continue growing during the forecast period primarily driven by water scarcity. Though the market is highly competitive with ~ 500 participants, few global players control the dominant share and country-niche players hold a significant share. LAMEA is the dominating region, owing to the rapid industrialization in the region.

Note:This is an upcoming/planned report, so the figures quoted here for a market size estimate, forecast, growth, segment share, and competitive landscape are based on initial findings and might vary slightly in the actual report. Also, any required customizations can be covered to the best feasible extent for Pre-booking clients, and the report delivered within a maximum of two working weeks.

Key Topics Covered in the Report

Key Companies Covered in the Report

Time Period Captured in the Report

For More Information on the Research Report, refer to below links: –